A Mother, A Child, and the Secret History of Adoption

The shocking truth about postwar adoption in America, told through the bittersweet story of one teenager, the son she was forced to relinquish, and their search to find each other. 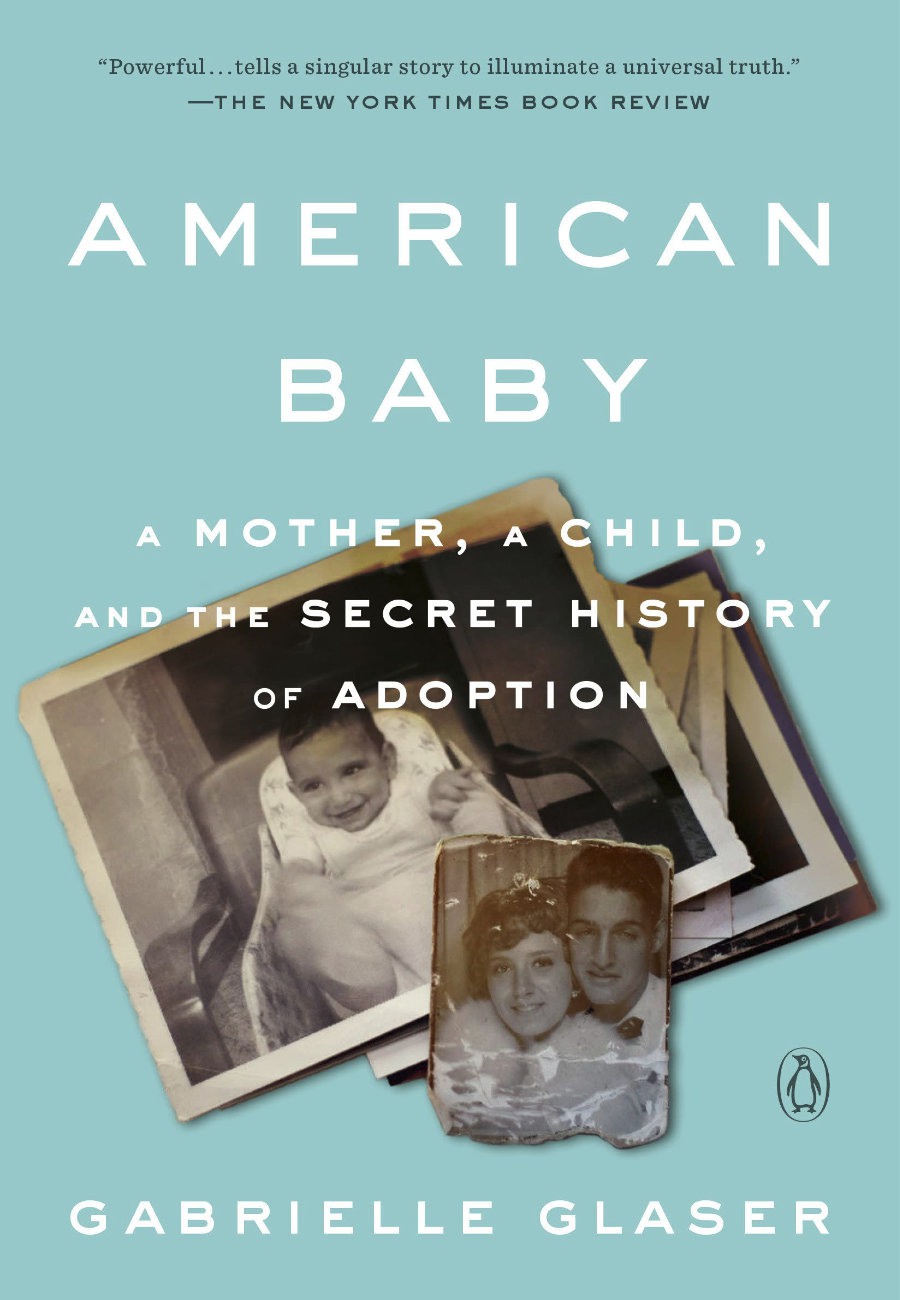 Powerful...Tells a singular story to illuminate a universal truth...In [Margaret and David’s] intimate tale are the seeds of today’s adoption practices and parenting norms, as our past continually redefines our present...That Margaret and David find each other is not a spoiler….The hows of the search, and what happens next, read like a novel, one likely to bring tears.

In American Baby, journalist Gabrielle Glaser sets Margaret and David’s poignant, painful, and powerful story in the context of adoption practices at the height of the Baby Boom, which left so many feeling lost and unloved. As she reviews what has – and has not – changed, Glaser also raises important questions about the ethical, legal, and civil rights and obligations of adopted children, adoptive parents, and birth mothers

A fascinating indictment of adoption’s early history that’s as gripping as a novel.

- People Magazine “Book of the Week”

Gabrielle Glaser tells the heartbreaking story of Margaret Erle, an unwed teen coerced into surrendering her infant son to an adoption agency in 1961. The empathetic account alternates between Margaret and her son David, up through their poignant reunion, while also illuminating the disturbing history of adoption in postwar America.

Interweaving the saga of Margaret’s fight to keep her baby with copious data and deeply researched history, Glaser’s essential and long overdue study should be required reading for anyone touched by, or considering, non-intrafamily adoption.

- The Washington Independent Review of Books

[Author] and journalist Gabrielle Glaser uncovers the infuriating and tragic history of young women forced to give up their babies for adoption in post-WWII US.

Readers who enjoyed memoirs such as Dani Shapiro’s “Inheritance” and Nicole Chung’s “All You Can Ever Know” will find “American Baby” an excellent follow-up…Based on the statistics that Glaser cites, many readers will have a personal connection to this story, but a connection isn’t required to be moved and enriched by reading it.

During the Baby Boom in 1960s America, women were encouraged to stay home and raise large families, but sex and childbirth were taboo subjects. Premarital sex was common, but birth control was hard to get and abortion was illegal. In 1961, sixteen-year-old Margaret Erle fell in love and became pregnant. Her enraged family sent her to a maternity home, and after she gave birth, she wasn't even allowed her to hold her own son. Social workers threatened her with jail until she signed away her parental rights. Her son vanished, his whereabouts and new identity known only to an adoption agency that would never share the slightest detail about his fate.

Claiming to be acting in the best interests of all, the adoption business was founded on secrecy and lies. American Baby lays out how a lucrative and exploitative industry removed children from their birth mothers and placed them with hopeful families, fabricating stories about infants' origins and destinations, then closing the door firmly between the parties forever. Adoption agencies and other organizations that purported to help pregnant women struck unethical deals with doctors and researchers for pseudoscientific "assessments," and shamed millions of young women into surrendering their children.

Gabrielle Glaser dramatically demonstrates the power of the expectations and institutions that Margaret faced. Margaret went on to marry and raise a large family with David's father, but she never stopped longing for and worrying about her firstborn. She didn't know he spent the first years of his life living just a few blocks away from her; as he grew, he wondered about where he came from and why he was given up. Their tale--one they share with millions of Americans--is one of loss, love, and the search for identity.

Adoption's closed records are being legally challenged in states nationwide. Open adoption is the rule today, but the identities of many who were adopted or who surrendered a child in the postwar decades are locked in sealed files. American Baby illuminates a dark time in our history and shows a path to reunion that can help heal the wounds inflicted by years of shame and secrecy.

Review - For a mother forced to give up her child, decades of guilt, shame, and secrets

Review - Adoption Used to Be Hush-Hush. This Book Amplifies the Human Toll

Press - When Abortion Was Illegal, Adoption Was a Cruel Industry. Are We Returning to Those Days?

Review - When birth mothers were shamed into adoption

The Times of Israel

Top of Mind with Julie Rose on BYU Radio

All of It with Allison Stewart on WNYC

Media - A Disturbing History of Closed Adoptions in America

Media - The Ethics of Adoption in America : Gabrielle Glaser talks about “American Baby”

The Washington Independent Review of Books

Review - American Baby: A Mother, a Child, and the Shadow History of Adoption